Great Things Come Out of the Southside

What started as an encouragement to the students that I served who were constantly told that they wouldn’t amount to much, has ended up becoming one of my favorite mantras used to encourage and uplift and CELEBRATE the community that I serve in and now call home. For years, I have worked with students that believed the absolute worst about the community that they lived in, and what’s even more heartbreaking, is that it made them believe the worst about themselves because they resided there. They were given this perspective from various sources around them. The news never seemed to have anything positive about their neighborhoods. When they would interact with kids from other areas they were treated as if they were less than their counterparts from more affluent areas. And in the worst circumstances they were treated poorly by adults, whom I believe at the very minimum should do no harm, even if they don’t feel like they can encourage and uplift.

When you are constantly inundated with messages that you are less than and people who are telling you that you won’t succeed, you begin to believe that. When you look around and you can’t seem to find anything positive to say about your community you begin to believe the narrative even if it’s not a complete one. That’s where I came in to the lives of many students. Not only did I believe it was necessary to change the narrative that the outside community had about my dearly loved mentees and the community that they resided in, we needed to change the narrative that they believed about themselves, and it all started with one simple phrase, “Great Things Come Out of the Southside.”

This mantra was with me when I came to Star-C in the July 2019. It was with me when I was determined to MAKE MAGIC HAPPEN even when we couldn’t start the after school program exactly the way we wanted to. It was in the back of my mind at the ribbon cutting ceremony that we hosted when we moved the program into its own building. It stands front and center each time that we host a teen night, and we definitely shouted it from the rooftops when our partner elementary school, Cleveland Avenue, received their INTERNATIONAL STEM Certification from AdvancED, the first elementary school in the Atlanta Public School System to do so!!!!

We are so proud of all the amazing work that is being done to help our tiniest of residents to not only meet standards, but to exceed them. We are thankful for a staff full of teachers that clearly care about what they teach and each individual child that they teach as well. We daily give thanks for an administrative team that welcomes us through the door with open arms each and every time that we cross the threshold, and that sees us as partners in progress, not just another apartment community. While it may be hard for some to believe that a little Southside elementary school accomplished this feat, it was no surprise to us. Why, you might ask. Because we’ve known for some time now what others are just coming to understand and that is that GREAT THINGS COME OUT OF THE SOUTHSIDE! 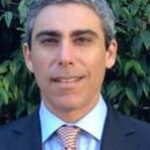