Since 1998, the leadership of Star-C has owned and managed workforce housing where residents live on very low incomes.

Problem: Across the state of Georgia, many elementary schools consistently fail to achieve acceptable test scores under federal guidelines. In fact, the situation is so bad that, in 2015, Governor Deal proposed the creation of an Opportunity School District that authorized the state to temporarily take over the management of chronically failing public schools where local school boards do not show improvement. In Atlanta alone, 40 elementary schools were qualified for takeover.

The biggest determinant of failing schools is transiency—the movement of a student out of a set learning environment after only a short period of time. Sometimes, a child may change schools several times over the course of a single school year. On average, failing schools commonly have an annual transiency rate among its students of 70-80%.

A community’s lack of safe, affordable housing significantly increases local schools’ transiency rates. Over the past 10 years, demand for affordable housing among Americans has increased 38%, but affordable options have only increased by 7%. In Atlanta, 83.5% of renters have an average income below $35,000 (slightly above the poverty line of $24,300 for a family of four). Based on federal guidelines, it is estimated that a family of four living at the poverty line can afford to pay $675 per month in rent, or one-third of their monthly gross income. Yet, few options exist within this price point. Between 2010 and 2014, Atlanta alone lost over 5,000 affordable housing units offering rents under $700 per month, while rents increased an average of 23.4%. Where affordable housing communities still exist, they are often characterized by the same issues —unpredictable increases in rent, high crime rates, mold infestations, and general decay and disrepair. Under these conditions, many low-income working families are forced to move quickly and often, relocating their children to new schools with each move. Furthermore, these families lack access to basic health care and resources to support academic success.

Solution: Star-C works with landlords committed to offering affordable rents for families living at or below the poverty level by offering wrap around services to the individual residents.  These wrap around community services include an After-School program that collaborates with the local school, a Wellness Program that collaborates with the local federally qualified health clinic and on-site garden opportunities.  Through these wrap around services, Star-C has had success in stabilizing the apartment community which in turn, stabilizes the local schools through reduced transiency, taking failing schools to Title 1 Schools of Distinction.  The apartment community contributes approximately 50% of the cost to operate the Star-C programs.  The remaining funds are sourced from foundations, donations and grants.

Experience: Since 1998, the real-estate owners have operated free after-school programs in several of their communities. These programs provided the children with a safe and nurturing place to play and learn until their parents returned home from work.  In addition to benefiting the children and parents, statewide scores for the local elementary school also improved.

Why Star-C: Since the after-school programs were operated as part of a for-profit business model, the increasing costs of the programs were competing with the financial goal of holding rents in-line with the residents' ability to pay.  Expanding into other needed services (education, health/wellness, nutrition, gardening, etc.) was not fiscally possible without the capabilities of a nonprofit corporation to assemble and coordinate volunteers and other resources.  Star-C was established to assume the responsibilities of community development for the owners/managers and received non-profit tax exemption from the Internal Revenue Service in 2014.

Pilot: Willow Branch Apartments in Clarkston, Georgia is our pilot program.  This 186-unit property is privately owned with its owners/managers responsible for all real estate management decisions.  Star-C (nonprofit) is responsible for community development activities for residents who are primarily immigrants and refugees with an average household income of $18,500, or well below the poverty line. Tenants representing over 22 languages from all over the world participate in Star-C programs.

Star-C has 80 children in the after-school program.  In addition to educating about health and wellness, our wellness program is coordinating local access to health/medical services at a nominal cost for the residents.  The gardening program currently has 42 gardens and a community farmers market which is operated during the summer months.

Community Support: We are extremely thankful for the generous outpouring of local support that makes these programs successful and helps the community thrive.  Since 1998, we estimate over 83,000 volunteer hours have been invested in our programs from a diverse spectrum of ethnicities, household incomes, classes, races and ages. Financial support has been led by our real estate owners with contributions from several foundations, community organizations, churches and individuals.

Next Steps: Grow our model from the pilot to multiple sites.  Sign up for our monthly breakfast to learn about how you can help!

At Star-C, we are working to create hope and the opportunity for a better world.
But we can only do it with your help.  Join us in our mission and donate now. 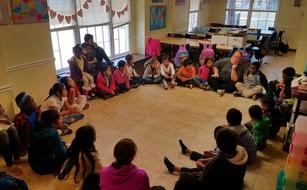 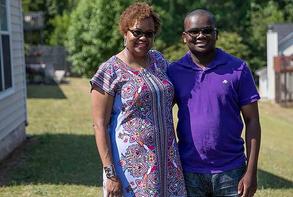 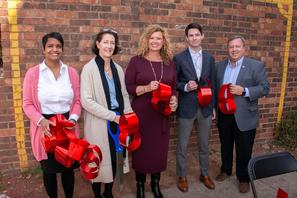 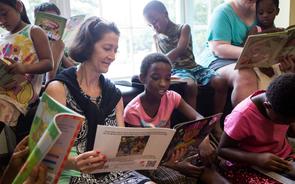 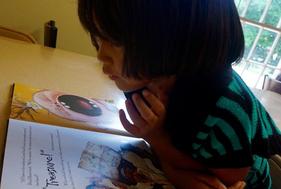